The Cummer Museum of Art and Gardens would like to present Modern Dialect: American Paintings from the John and Susan Horseman collection. This exhibit brings together 58 examples of American Scene and Modernist paintings from the 1930s and 1940s, works that exposed and sometimes celebrated a changing America. Organized by the Dixon Gallery & Gardens in Memphis, Tennessee, Modern Dialect highlights works by some of the most respected American artists of the early twentieth century, including Charles Burchfield, George Ault, Charles Sheeler, and Clarence Carter.  The exhibition also introduces such fascinating artists as Clyde Singer, Lois Mabel Head, Arthur Osver, and others. 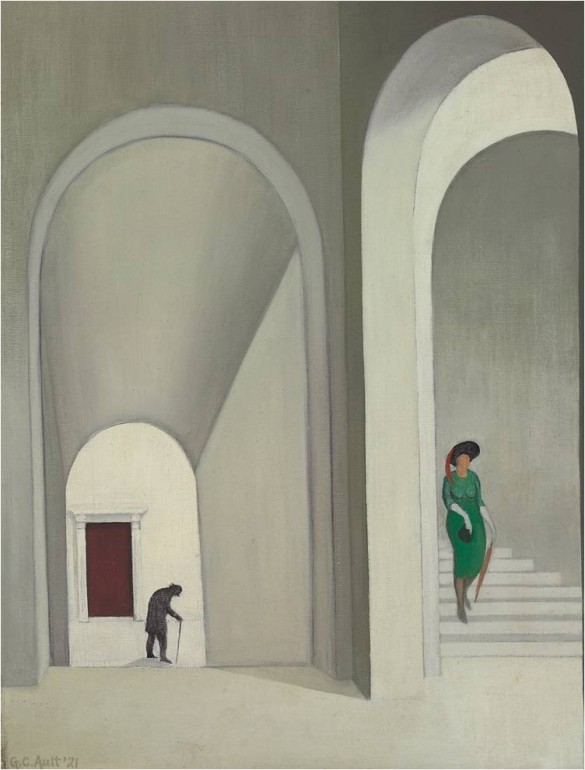 The exhibition and its accompanying catalogue are structured thematically to reveal the concerns of American painters from every region of the country.  The more than forty artists featured in Modern  Dialect hail from all parts of the United States, and  they painted wherever they found inspiration. These artists do not so much adhere to a single style as they do to a common interest in portraying their realities in a decidedly modern fashion. From simplified and even fragmented rural landscapes, to modern industrial cities and the people who inhabit them, to purely abstracted compositions, the exhibition reveals the scope of the American modernist aesthetic, and the vision and integrity each artist brought to the representation of the American experience. « Top 10 Facts About the Ancient Etruscans
Lunch, Lecture & Tour at The Cummer »