Gardener’s Corner- How to Care for Plumbago 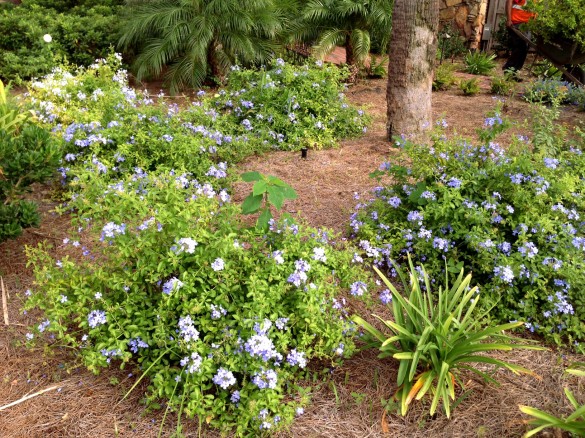 The plumbago, with its vivid, sky blue flowers, is an excellent shrub to include in any garden. Being a South African native makes this shrub ideal for areas with warmer climates, and the plumbago is also drought tolerant. Another optimal trait of the plumbago is its resistance to deer, pests, and diseases.

When adding the plumbago to a garden, one must remember that this plant has a tendency to ramble; if one gives the plumbago about four feet to do so, the ramble will appear more natural. To control the ramble and to promote more blossoms, careful, limited pruning in late winter is encouraged.

Although best grown in fertile, well-drained soil, the plumbago shrub can grow in slightly acidic and alkaline soil, clay, sand, and loam. Fertilizing, while not necessary, can produce more blooms, and when watering, one needs to water the plant generously. With that being said, the gardener must allow the soil to dry in between watering to prevent the drought tolerant plant from becoming too moisturized.